The Fifth Question: Why did I make a new Haggadah?

Passover has always been a special holiday for my family, with great food, fun, conversation and song. For as long as I can recall, we used the venerable Haggadah by Rabbi Nathan Goldberg that was first published in 1949 and is still in print (the red and yellow cover of this version is an homage). Every year that Haggadah was a steadfast presence at the Seder as other traditions started, evolved or were abandoned.

Over time, our Seders became more multicultural, with those of not only Jewish descent, but also Greek, Filipino, Irish and more gathered around the table. Unfortunately, there are hardly any transliterations in that version, making it very difficult for those without reading comprehension in Hebrew to enjoy the many traditional prayers and songs.

My cousins suggested that I, as the Seder leader, find a way to incorporate transliterations into the Haggadah. It was so obvious, I couldn’t believe I had overlooked it for so long. Not only does my new edition have a transliteration for any instance in which Hebrew appears, but also in most cases, there is music notation for the songs, so as many people around the table can participate as possible. 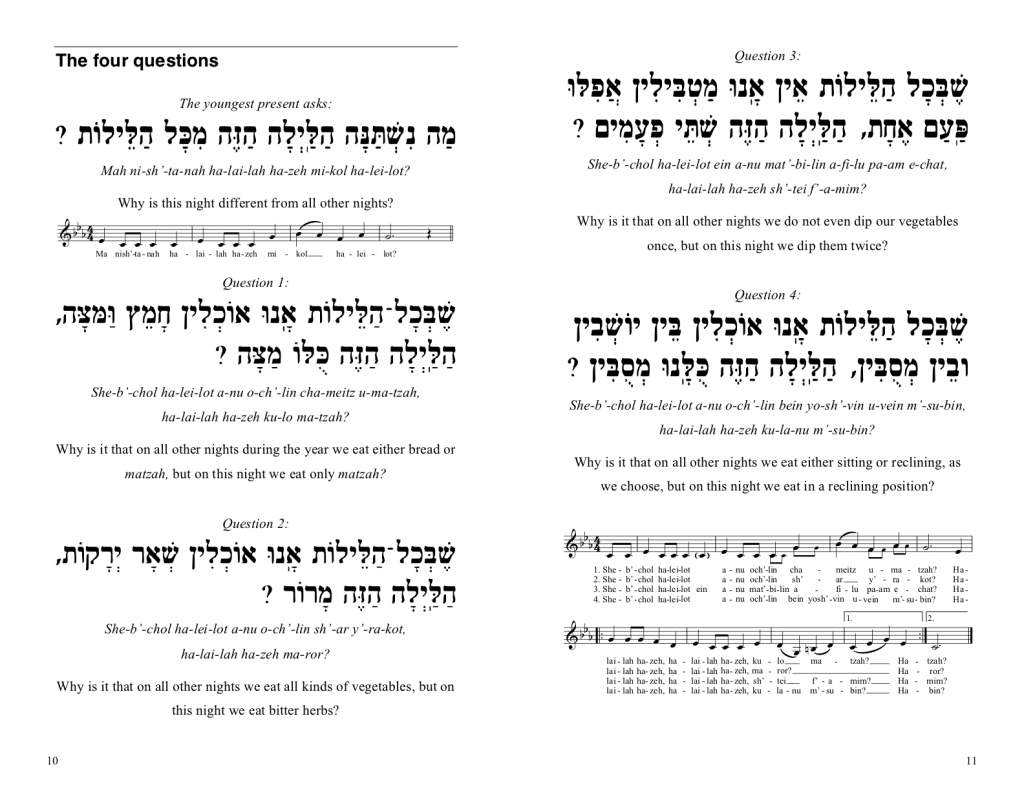 Feel free to download the Haggadah for your own personal use. I’ve put up two versions: a single page version suitable for viewing on iPads and other tablets, and an imposed version that you can print double sided on regular letter paper and make a booklet. 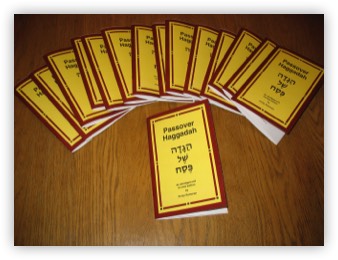